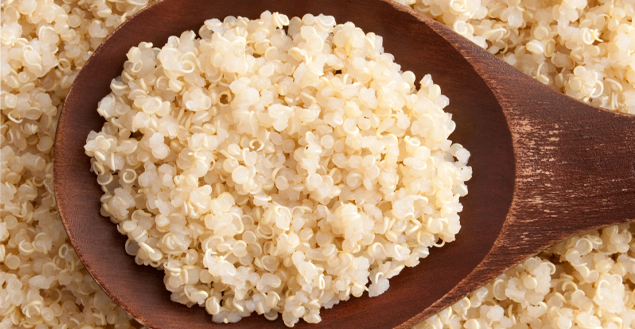 Quinoa has long been the staple of the people of the Andes. It has been cultivated on the high plateaus of South America for time out of mind. Today, we can buy it in the supermarket, and 2013 has been declared the international year of quinoa by the UN. So why all the fuss?

Food gateways has 5 good reasons why you should eat more of it.

It uses up few natural resources, as it can be grown in extremely arid conditions, and so is not vulnerable to drought like wheat.

On top of that, quinoa grains are coated with a substance which naturally repels birds (saponins). Quinoa therefore does not need to be chemically treated, and is generally sold with organic certification.

It’s true that Quinoa is mostly produced in Latin America, so transporting it creates a big carbon footprint, but it is now also grown in the USA, as well as in France, where a handful of farmers have now put their faith in it (216 tons harvested from 200 hectares in France in 2010).

2. Quinoa is full of goodness, without the drawbacks

Quinoa is a great choice if you’re gluten intolerant. Essentially it’s gluten free, and is a straight replacement for wheat flour in lots of recipes. This opens up numerous possibilities for anyone with gluten intolerance – a condition which is growing increasingly widespread.

For vegetarians, it represents a good source of protein, which accounts for 15 per cent of its composition.

It is also low in calories, stuffed with iron, oligo elements and amino acids, which are contained in the oil of the seeds.

3. Its different forms allow you to vary how you use it and make your everyday cooking healthier.

– As a basic grain, quinoa can be substituted for rice. It goes well with both meat and vegetables, as well as bringing its own slightly nutty flavour.

– In flakes, it can be used with vegetable dishes or in a soup.

– Quinoa milk is a little harder to find. Its flavour is very distinctive, and is very smooth. It can replace cow’s milk in your recipes (pancakes, milkshakes etc.)

– Quinoa flour can replace wheat flower in your everyday cooking.  (Be careful to use slightly less, as it is much more absorbent than wheat flour.)

4. Quinoa as a grain is very easy to prepare.

It can be used in both savoury and sweet recipes.

To cook it, pour the quinoa into 1.5 times its volume of water. Season and bring to the boil Leave to simmer for 1 minute, then turn off the heat and leave it to expand for 10 minutes. It will have a slight crunch to it.

5. It is delicious, from starter to dessert

Use quinoa in salad. Like rice, it marries together virtually any mixture. You can try it with peppers, tomatoes and feta. Season with olive oil, salt and pepper, and flavour with a little fresh basil.

Quinoa can also be cooked like a risotto, as a dish in its own right.

It is also served with meat in a sauce, such as chicken basquaise. Finally, it can be served as a dessert, like rice pudding. 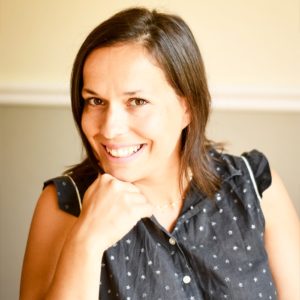